As if being in constant public scrutiny isn’t hard enough for celebrities, body-shaming has hit an all-time high. Though social media can be a wonderful place to exchange information and create communities, it’s also shark-infested waters where anyone can be picked apart.

Here are celebs who know all about being targeted for their bodies and how they handled it.

I mean. I can get used to this office. #seamasteraquaterra @omega

Shocked by the number of comments on my IG post, pointing out that I have a belly. Yes I do. It holds in my organs that I need to live. It has a layer of muscles that I worked hard for in the gym and a layer of fat from the food I enjoy to eat. Deal with it. PLUS I’m seated 😝

Would it have made you more comfortable if I edited my photo to perfection? Because I could have easily done that. But what message does it send to the younger ones? That our photos are only likeable when we’re perfect in photos? Not from me. NEVER.

After posting a photo of herself on the beach in a bikini, commenters poked fun at the tiny fold on her belly, calling her fat. The actress didn’t hold back and took to Twitter to fire back at bashers. People applauded her response and message of self-love. 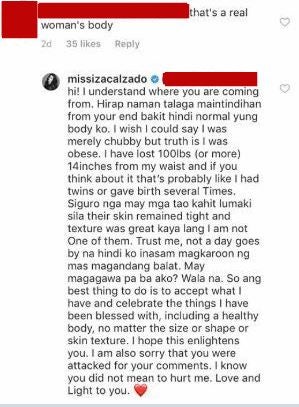 Photo from Inquirer
After posting a photo of herself in a bikini, a netizen commented and shamed the actress’ thick build. Though the commented later edited the nasty comment to a compliment, Iza Calzado responded with class and dignity, proving that she doesn’t need to stoop low to address the toxic mentality of today’s society.

Whenever I post swimsuit photos, people would always bully me for my body. Well, guess what!! Yes, I have no boobs, I’m flat chested + I have my own fair share of stretch marks. And I don’t see anything wrong with it. If your definition of being “sexy” doesn’t fit with my body type, well then sorry, but I LOVE MY BODY. And nobody deserves to be bullied just because of your body. We are all beautiful in our own way! #NoToBodyShaming #LoveYourBody

Whatever negative things trolls have said about Gabbi Garcia’s chest, it prompted the actress to hit back. She acknowledged her “flaws” but that she still doesn’t find anything wrong with them and that she loves her body the way it is. She even used the hashtag #NoToBodyShaming and #LoveYourBody to drive her point further. Take that, haters! 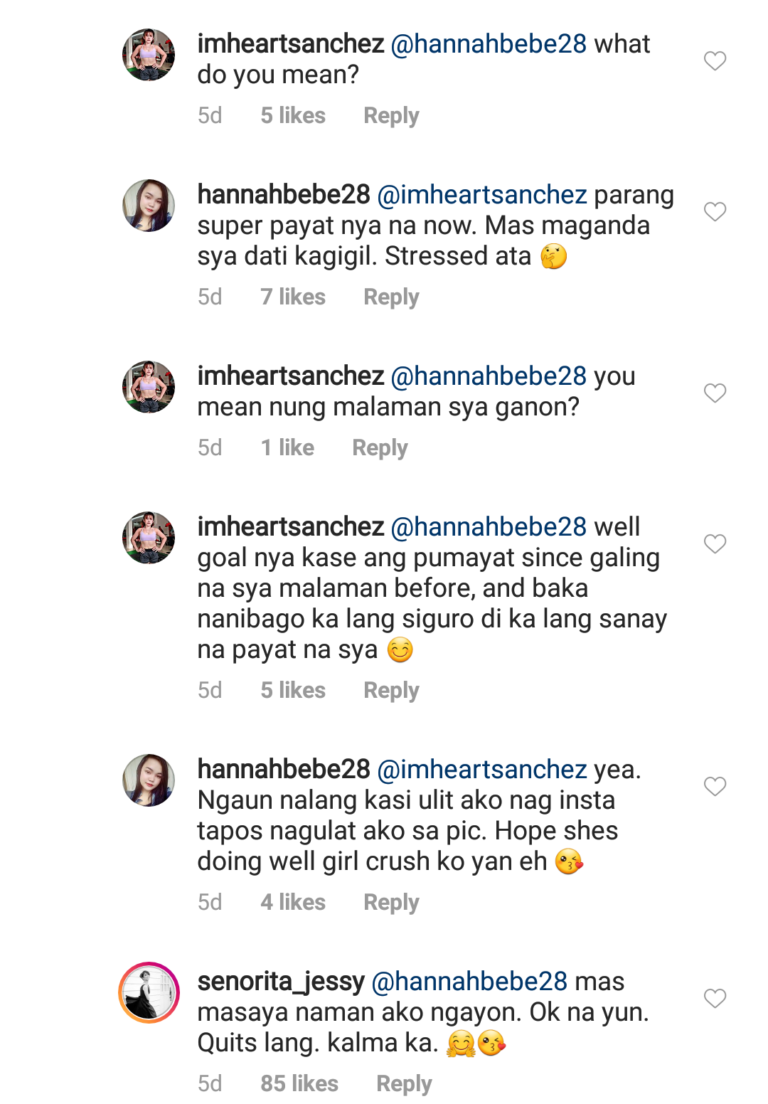 Photo from Inquirer
Jessy is known for her voluptuous figure but some people found her slimming body worrying. Busybodies must’ve spent a lot of time talking about it on her Instagram comment section that the actress decided to butt in and told them nonchalantly not to worry about her size. 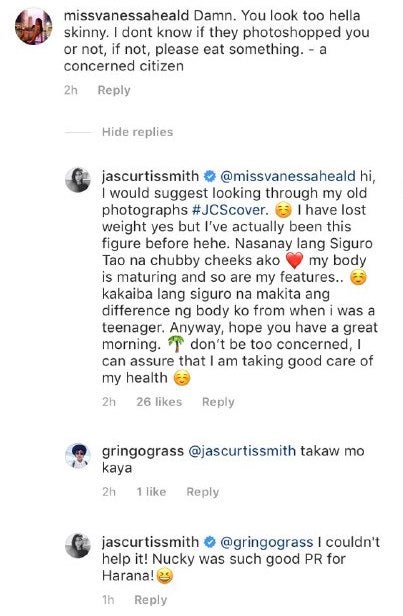 Photo from Inquirer
Another victim of body-shaming is Anne Curtis’ little sister, Jasmine, who recently shed some of her weight. “Concerned” commenters frequently flocked to the star’s posts to tell her that she looked “sick” and “anorexic”. The actress clarified that it was her normal weight way back when and that she is far from being “unhealthy”. You will often see photos of her exercising on her IG.
Liked this post? Follow The Girl on TV on Facebook and @thegirl_ontv on Instagram for more!