The year is ending, so it’s only right that we look back at 2018’s best memes. May they stay relevant forever and may there be more in 2019!

Next thing I Knew, I Was Pregnant

Your crush when you show her your huge meme collection pic.twitter.com/6u3nvxNT7h

Though it was an open secret that Kylie Jenner was with child, no one was prepared for the adorable video announcement of her daughter’s birth. Her pregnancy journey video was sweet, heartfelt, and cute, but that didn’t mean people couldn’t make memes out of it.

A still from the video of Kylie rubbing her swollen belly with the caption ‘Next thing I knew I was pregnant’ has been repurposed to express kilig, love, or thirst over a crush or someone who does something remotely romantic.

Originally for sports, the March Madness bracket turned into a meme when Disney posted a bracket chart using their animated films. Since then, there have been many iterations of the bracket game and it sparked a lot of debate, arguments, and online banter.

When your Uber’s on the wrong side of the street. pic.twitter.com/ROIg7FGgjI

When the original poster uploaded the photo, she said it was a behind-the-scenes of a mini photoshoot she did for her ‘Gram. She probably had no idea it would become a hilarious meme that people will use when they can’t believe something, or if they’re confused and exasperated like the tweet above.

This still from a 90s anime has been a meme for years, and it came back again in full force. It’s been used this time to convey assumptions about a certain situation or concept that they’re not sure what to make of.

the walmart yodeling kid did not have to go this hard for us but he did and it slaps pic.twitter.com/SlqLEAYB7K

The original video was uploaded on Youtube—an innocent, well-meaning video of a boy in a cowboy hat yodeling at a local Walmart. People discovered it somehow and began sharing it on Twitter—the rest was history.

The common consensus online is that the song slaps and that Yodel Boy deserved to be on Coachella… and he actually did perform on Coachella. To be a meme opens so many doors.

I Don’t Feel So Good

Avengers Infinity War broke several records and unsurprisingly became a blockbuster hit. One of the most memorable scenes was Spiderman’s disintegrating sequence where he says “I don’t feel so good Mr. Stark” and it broke everyone’s heart.

It left such an impact that people began making parodies of it by editing photos to make it look like they’re turning to ashes. People cope with grief differently and joking about Spiderman’s fading scene is one way.

me: i just… i dont feel very big dick energy lately. im feeling very little dick energy. yesterday i didnt even want to take my shirt off at the pool

If you don’t know what BDE stands for, then you probably don’t spend time on Twitter much. BDE is a term that means exuding natural confidence without being showy and arrogant.

This probably all started when fans went wild with speculation after Ariana subtly implied that ex-boyfriend Pete Davidson had a big… well, you get the gist.

Me: *eats right and less* *exercises daily* *does skin routine*

If we had to include all the Spongebob memes in this list, you’ll never see the end of it. But this particular Squidward meme seemed to be widely used to reject or ignore an idea, person, or piece of news. It’s still being used to this day, in fact so let’s just say we’ll never run out of Spongebob material for memefication.

Though it sparked from a controversial and serious topic, people seemed to just poke fun at Liza’s infamous response when someone questioned her fictional character’s Filipino representation.

She said that she loves sinigang and that it’s valid enough to prove that she’s Pinoy enough and of course social media took turns making memes out of it.

Someone even went as far as remixing Lil Pump’s Gucci Gang into a parody of Sinigang. We’re sorry Liza, but the memes you started gave everyone a good laugh this year.

Infinity War is the most ambitious crossover event in history

Marvel: 'Infinity War is the most ambitious crossover event in history'
Me: pic.twitter.com/NStBNq1ezx

We don’t know exactly where the origins of the quote came from but people have been copy-pasting it and putting in images of their versions of ‘crossovers’ which are mostly hilarious and random combination of things.

It all began after the actress played the lead female character of Ghost in the Shell, a Japanese manga turned franchise. There was some backlash and Scarlett aggressively defended Hollywood’s whitewashing, which was a wrong move.

Cue then netizens tweeting parodies of her portraying characters from minor ethnic groups like Gandhi, Kim Jong-Un, and many more who aren’t white women. Outrageous, zany, and most of all, hilarious memes ensued. Sorry, Scarlett but it was inevitable.

nakia: t'challa was murdered in a ritual combat

m'baku: this is so sad alexa play despacito

This was originally a Tumblr post that said “This is so sad Alexa play Despacito” in the context of a sad situation but brushing it off and ignoring it to play a song instead. People use the catchphrase to respond to a negative or aggressive post nonchalantly.

Like if someone posts an insult about BTS, a fan will most likely reply with “This is so sad, Alexa play Fake Love”. Sometimes fans just use the meme to promote their favorite artists’ songs.

me: *gets down on one knee, and pulls out ring* is this it… chief?

her: *tears falling down her face* weird flex… but ok

You’ll most likely see this phrase in comments on Instagram and Twitter replies. It doesn’t matter what the post is about, there’s always a random person in the comments who says ‘weird flex but ok’ which basically is just a casual way of saying ‘that’s such a weird thing to brag about but alright, I guess’.

“I love your Filipino accent! What you want on your sandwich again?”

Remember that old Dexter’s Lab episode where suddenly he can only speak “cheese omelette” in French? It came back as a meme. But instead of French accent, people have been replacing it with Filipino accent, making fun of how Pinoys pronounce certain English words like diabetes and names like Matthew.

Ariana’s latest ode to her exes has a verse that says ‘One taught me love, one taught me patience and one taught me pain’ and people have been associating it with three different things that represent love, patience, and pain. It could be movies, albums, songs, literally anything that fits the narrative. 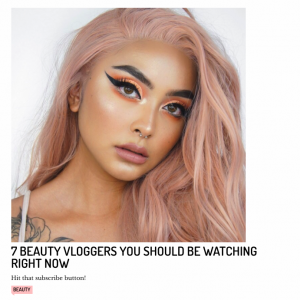 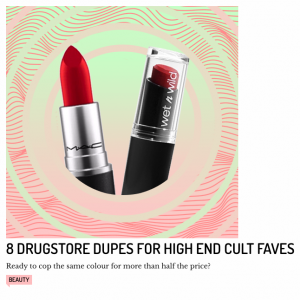 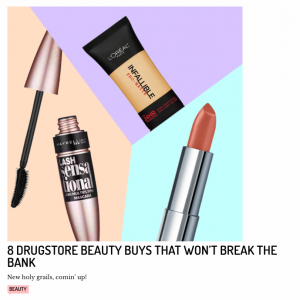