“What does your tattoo mean?” People with tattoos will get this question a lot which is tricky because not every tattoo has some deep, philosophical meaning behind it. Sometimes, we simply just like how it looks, that’s all.

But Zayn Malik probably has hundreds of tattoos, some of which are unusual and dubious. But even though his choices in ink designs are shady, we still stan him because let’s face it, he’s freakin’ Zayn Malik.

So in honor of his birthday, we’ve rounded up his most questionable tattoos: 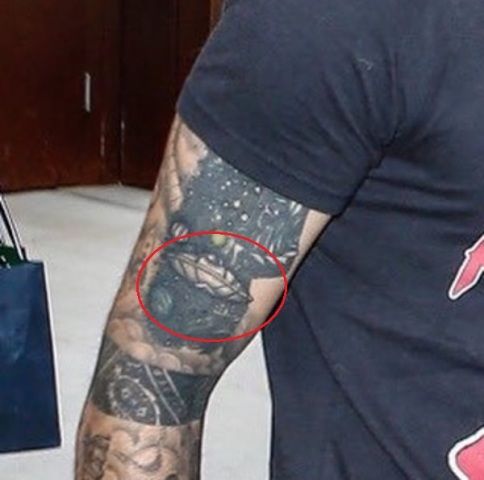 Source: bodyartguru
The truth is out there but we wonder what could be the reason for a flying disc on his arm? I mean, we know his looks are out of this world, but why the spaceship, Zayn? Source: beautyglitch
We all know tattoos about girlfriends and boyfriends are always a no-no. Whether it’s a name, a face or in this case, the eyes—it’s just generally a bad idea. Some may think it’s romantic but tell that to Johnny Depp and countless others who had to cover up tattoos about their exes.

“A pirate’s life for me” 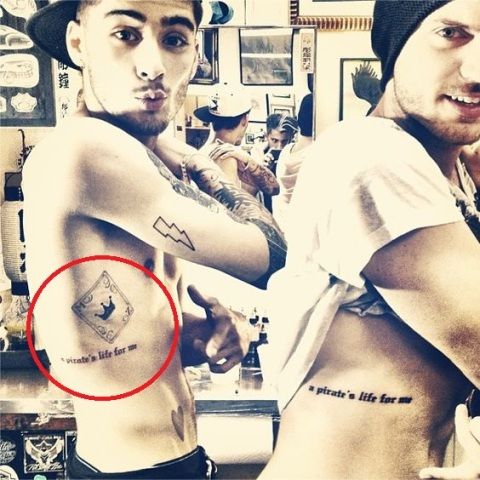 Source: bodyartguru
We don’t even know what the rhyme or reason for this is but maybe Zayn wants to be a pirate? Is it his childhood dream? Maybe only his hardcore fans know but for the rest of us, we are clueless. 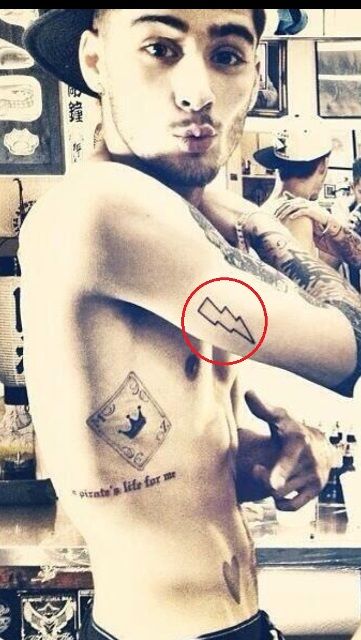 Source: bodyartguru
Lightning bolts could signify power and impact so maybe that’s what he was going for here. Or maybe he’s fond of the beverage Gatorade because the resemblance to the power drink’s logo is uncanny. 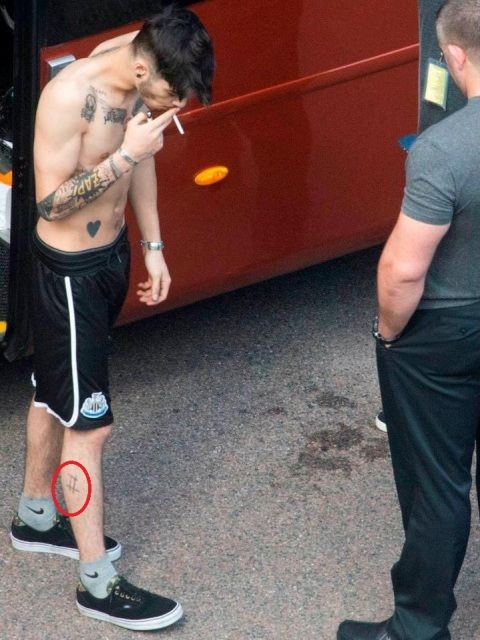 Source: bodyartgagu
It looks like something we can play Tic Tac Toe on. Some people on the internet pointed out that it looks like a hashtag. We’re sure there’s a deeper meaning behind it but on first sight, it’s just a hashtag.

A tucked gun on his waistband 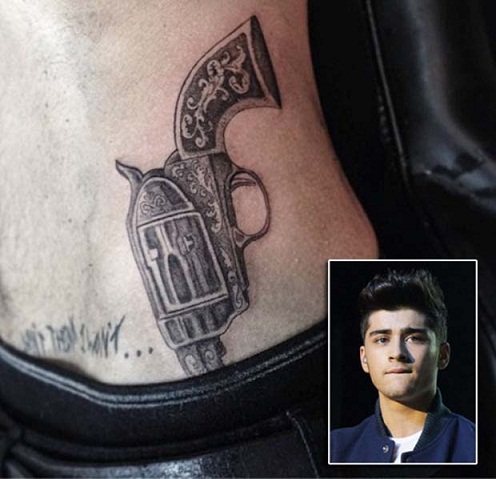 Source: stylesatlife
We admit, because it’s Zayn Malik, it’s pretty hot. But otherwise, a tattoo of a gun tucked on your waistband is a bit too much. It’s something a convicted criminal would probably get during his time in prison but hey—to each his own and we respect that. Source: beautyglitch
We don’t know why a bandana is significant enough for it to be inked on his skin but maybe it just looks cool and probably symbolizes something. Hey, remember that one time in the past where hanging a bandana on your pocket was cool? Maybe this is his way of immortalizing it.
Liked this post? Follow The Girl on TV on Facebook and @thegirl_ontv on Instagram for more!